Good afternoon dearest blog readers, I must begin by sending big belated Happy Birthday Greetings to dear ol' Mr Fluff of Hampshire who I know is a dedicated fan of my ramblings and little pictures. 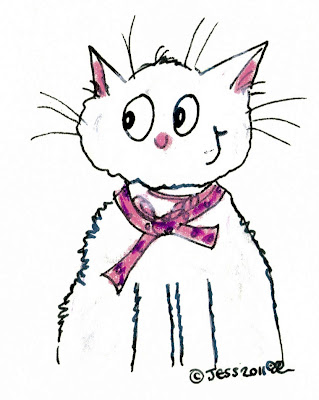 I am afraid to report things have not been going well at the Bunny Bunker as my boss Jemmy Jim Jams has had two serious knock backs to The Bunny Business.

As you know we employed Lollita the Piglet to do our Hamper Sales and all was going really well but it soon became apparent that the hamper stock was diminishing at an alarming mysterious rate. 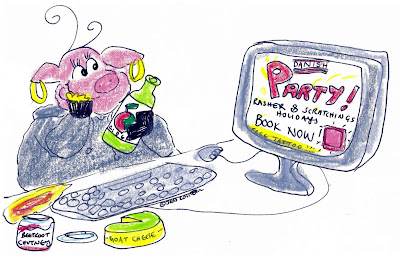 ﻿
It turns out that Lollita had been wolfing all the goat cheese and beetroot chutney when she was meant to be selling. She had been piggin swiggin on the Katy Cider supplies too and smurfing the web. We know now that Lollita had booked on the Bunny Account a Bargain Break with Rasher & Scratchings Holidays to Denmark and had been lured in by the promise of a free Danish Tattoo.

It was the same holiday company that Papa Pig had booked the lads weekend away years ago and nobody had seen him again....and now Lollita had gawn the same way.

If this news wasn't bad enough for Jemmy the Mafia Godmother we had more misfortune to follow.

Sammy Squirrel the personal fitness trainer of Sebby CooCoo the Mafia Racing Pigeon has been put in jail! 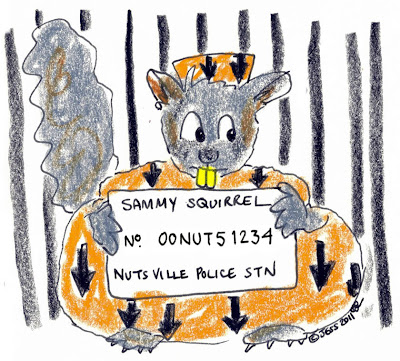 Sammy had a long criminal record for  nicking nuts n nibbles from bird tables but his taste had changed and he had started thieving chocolate covered peanuts from children. To start off it was a lark as he could run really fast to get away but he became addicted and got fatter and fatter and his teeth went bad. The police didn't have to chase him, Sergeant Wilberforce just rolled him into Nutsville Police Station where he has been put on special nut watch.

As you can imagine Jemmy Jim Jams has taken all this staff news very badly and has a thumping headache.Gizzy and I had to get her into her Star Wars winceyette pyjamas and bedding and put a bag of peas on her bonce. 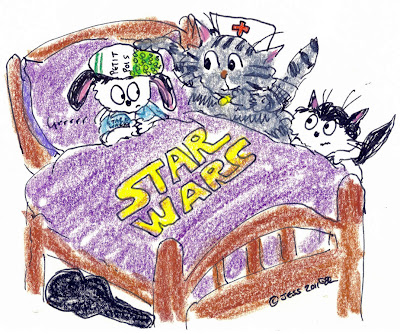 I will keep you updated dearest readers, never fear - Jemmy will strike back -watch your whiskers out there!
Posted by Idgie the Cat at Sunday, November 13, 2011