Good Evening dearest friends, sorry I have been off the whisker waves - its been all drama - its just like the TV! I've been on nursing duty again but go make yourselves a cuppa tea and settle your paws down and I'll tell you all about it.

As you know last week Jemmy Jim Jams the Mafia Rabbit was throwing a Fancy Dress Party and the Kit Kat Gang had all been busy working on their costumes....here we are... 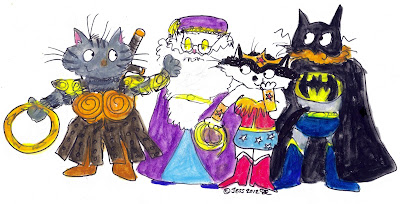 I'm meant to be Xena the Warrior Princess but my little tabby legs were too short for my costume, Atticus is Dumbledore the Wizard, Gizzy Whizzie is Wonder Woman and good ol Tatty Mudflinger is Batman.

I thought we had all done really well and were just setting off to the party when the phone rang.

It was awful news, whilst we had all dressed up as our heroes there was a REAL EMERGENCY! 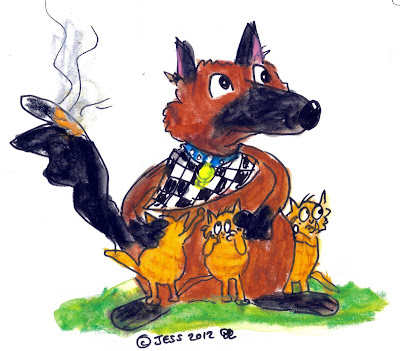 Sergeant Wilberforce had run into the burning building next and rescued little Angus who had been trying to reach his Mum. 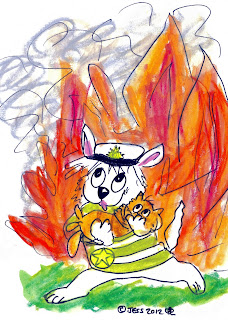 By now the house was well alight and flames were wild. There was a nasty dark feeling and everyone watched in horror.  Suddenly through the smoke and devastating sight who should appear..... 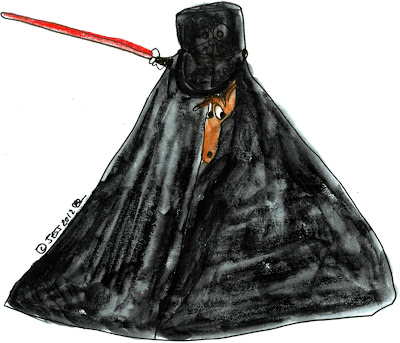 Hmmm....well at first nobody was sure! It was Darth Vader, it seemed in the worst Fancy Dress costume ever in the history of the world. On the top was a black water bucket for Darth's helmet and the whole black tarpaulin cape was clip clopping along....

The big dark object shot off at speed into the Rectory garage and came back with a long ladder.  There was a great galloping swirl as the big black tarpaulin flew off to reveal Sherbert, the Race Horse and Jemmy Jim Jams with a bucket on her head! 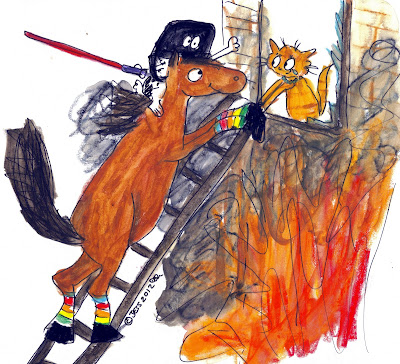 Sherbert galloped up the ladder in his fruitgum flyer leg warmers and Jemmy smashed the upstairs window with her Light Sabre. Lavinia was so frightened but overjoyed to see Sherbert and the kittens Godmother wearing a bucket on her head. Lavina hopped onto Sherbet's back and I am extremely happy to tell you that everybody is safe.

I've been busy changing the bandage on The Chief of Police tail and Jemmy Jim Jams is sorting out a lovely new home for Lavinia and the marmalade kittens, as she is their Mafia Godmother!

I picked up the local Herald newspaper and look! There are some real Super Heroes on the front page. 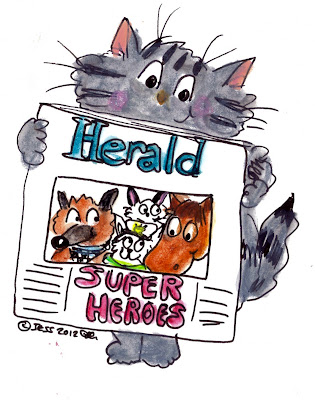 Sleep well in your nesting materials and Ta taa
Posted by Idgie the Cat at Friday, March 02, 2012